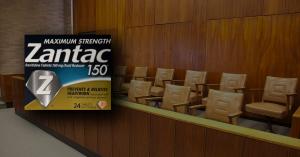 Zantac lawsuits are headed for trial.

Judges across the U.S. are beginning to schedule trials for plaintiffs who claim Zantac (ranitidine) caused their cancer.

I believe the Zantac litigation will dwarf what we achieved in the Monsanto Roundup litigation.”
— R. Brent Wisner, Trial Lawyer

OAKLAND, CA, UNITED STATES, September 14, 2021 /EINPresswire.com/ — A California state court judge has scheduled the first Zantac trial to take place on October 10, 2022. While Zantac cases in other jurisdictions may reach trial before the October date, the California Zantac trial is currently the first with an established date.

Thousands of people from across the United States have filed lawsuits against the makers of Zantac (ranitidine) alleging the antacid drug causes several types of cancer. Many Zantac lawsuits are pending in federal court before U.S. District Court Judge Robin L. Rosenberg for the Southern District of Florida.

Zantac lawsuits have also been filed in the following state jurisdictions:

Zantac lawsuits that meet certain requirements can be filed in California state court. These Zantac cases will join the “Ranitidine Product Cases” Judicial Council Coordinated Proceedings (“JCCP”) 5150, a similar proceeding to the Zantac MDL in Florida.

When and Where is the First Zantac Trial Scheduled?

The first trials to take place in a mass tort litigation are called bellwether trials. These initial trials are sample test cases that help give the plaintiffs and defendants a sense of how the rest of the cases will play out. In addition to the trial in 2022, three other bellwether trials in the California litigation will follow in 2023.

The first trial in the Zantac MDL will likely not take place until 2023, according to Judge Rosenberg’s pretrial order #65: “The Court’s vision is that bellwether trials will be conducted within 9-12 months following Daubert rulings.” Based on the timeline established in the order, first Zantac MDL trial will take place mid-2023.

The full Zantac trial schedule can be viewed here.

Baum Hedlund Aristei & Goldman Zantac attorneys represent thousands of people from all across the United States who allege Zantac (ranitidine) caused their cancer. The firm is currently evaluating cases on behalf of individuals diagnosed with the following cancers after taking Zantac:

Baum Hedlund Aristei & Goldman is a national, award-winning plaintiff law firm based in California. Since 1973, Baum Hedlund attorneys have obtained more than $4 billion in verdicts and settlements on behalf of clients. Some of these legal victories helped create lasting and needed changes that continue to protect consumers from harmful pharmaceutical drugs, medical devices, and other products.

Baum Hedlund recently received Law360’s Regional Powerhouse award, chosen as one of only five law firms in California to earn the honor of “California Powerhouse” for 2021. In its announcement, Law360 said Baum Hedlund “possesses a David v. Goliath-sized slingshot while seeking justice for everyday citizens it believes were harmed or killed through corporate wrongdoing.” The firm is also listed in Best Lawyers in America®, U.S. News & World Report Best Lawyers® Best Law Firms and received recognition from Law360 as Product Liability Practice Group of the Year for 2020 for its major victories against Monsanto – Bayer AG concerning its carcinogenic Roundup weed killer products.