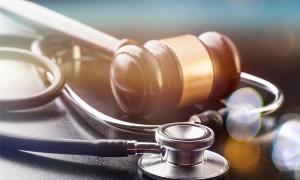 Mental Health Watchdog provides psychiatric advanced directive that individuals can sign as a prevention against enforced electroshock and other coercive practices such as those at Lake Alice hospital—in response to international report condemning mental health abuse.

The WHO Guidance on community mental health services: Promoting person-centered and rights-based approaches cites concerns about prevalent human rights abuses in the mental health field, which have been generated, in part, by a reliance upon a biomedical model—physical interventions in mental health systems, such as electroshock, psychosurgery and psychotropic meds with serious side effects.

WHO notes that involuntary detainment in psychiatric facilities because of a debatable assumption that individuals may be “at risk of harming themselves or others, or that they need medical treatment to keep them safe” leads to an “over-emphasis on biomedical treatment options and a general acceptance of coercive practices such as involuntary admission and treatment or seclusion and restraint.”[1] The UN Convention on the Rights of Persons with Disabilities in essence calls for a ban on “forced hospitalization and forced treatment.” WHO’s Quality Rights training modules are directed to support “decision-making and advance planning, legal capacity and the right to decide, freedom from coercion, violence and abuse, and strategies to end seclusion and restraint.”[2]

CCHR’s co-founder, the late Thomas Szasz, a professor of psychiatry and renowned author, recommended a psychiatric living will decades ago, which CCHR supported when it was formed in 1969. Dr. Szasz’s idea is that such a document provides for people of sound mind the right to reject the imposition of psychiatric intervention should their rights be compromised at any time in their future.

Laws on PADs vary by state in the U.S and may be overridden by involuntary treatment policy—which CCHR wants to see changed, with the PAD or Living Will taking precedence.[3] The group has successfully used this in Germany, for example, to prevent the involuntary commitment of a young woman whose rights were being violated.

This is more in alignment with the WHO recommendations, CCHR says, and reinforces the need for a global change in the way enforced hospitalization and treatment in the mental health field is violating human rights and international agreements protecting these rights.

The WHO report says, “The person can specify in what circumstances an advance plan should come into effect and designate in their plan one or more people to help with communication, advocacy or any other kind of support.”[5]

WHO advises non-coercive methods and cites, for example Soteria House in Switzerland, a non-hospital, family-like environment with low or no medication.[6] The model was developed in the U.S. in the 1970s by the late Dr. Loren Mosher, former head of schizophrenia studies at the National Institute of Mental Health (NIMH). The Soteria House study was based on the idea serious disorders can be overcome without heavy mind-altering drugs. Soteria clients who didn’t receive drugs did best compared to hospital and drug-treated control subjects. In Italy, the late Dr. Georgio Antonucci, a CCHR Commissioner, dismantled some of the most abusive psychiatric wards by treating severely disturbed patients with compassion, respect and without drugs. Within months, the most violent wards became the calmest.

CCHR’s website is a valuable resource for consumers, families, media and policy makers and includes a Mental Health Declaration of Human Rights[7] that CCHR released in 1969; articles keeping people apprised of mental health issues, such as children’s rights against electroshock torture and alleged repeated rapes, the most recent example at Lake Alice hospital in New Zealand and abuse of “troubled teens” in America’s behavioral health facilities[8]; protections for military personnel and veterans against forced treatment[9]; studies and reports informing of the link between psychotropic drugs and violence and suicide[10]; as well as reforms that CCHR has helped achieve such as the banning of deep sleep treatment—a lethal electroshock and neuroleptic drug cocktail that was responsible for 48 deaths in Australia; and obtaining a ban on the use of electroshock on minors in four U.S. states and Western Australia.[11]

CCHR has helped achieved more than 190 laws around the world to protect patients’ human rights in the field of mental health. It says the WHO report is a vindication for the group’s long fight for recognition of coercive practices. This was most recently recognized in New Zealand, where CCHR’s years of work for a “human rights approach in mental health,” was officially acknowledged as “pioneers in the area” and heroic.