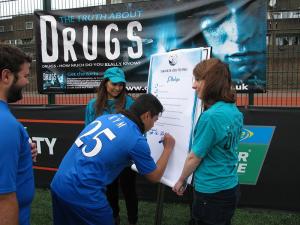 Teens in London, England, sign the Foundation for a Drug-Free World pledge to live drug-free. 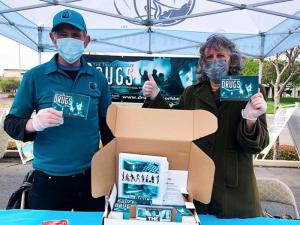 Truth About Drugs volunteers from the Church of Scientology Sacramento, California, share educational materials produced by Foundation for a Drug-Free World with families visiting a local fair. 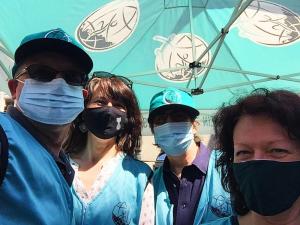 The Churches of Scientology of Paris set up information stands and provide Truth About Drugs booklets to anyone wishing to use them to help their families or friends. 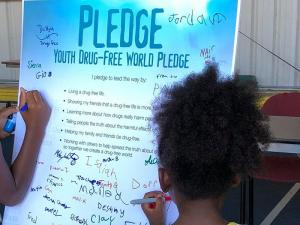 Children pledge to live drug-free and to help their families and friends make the same commitment. 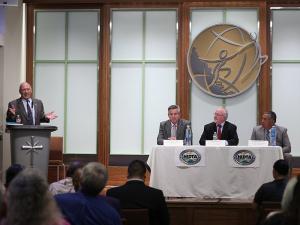 A drug prevention panel hosted by the Church of Scientology Sacramento

“You—alive and well—are the most important gift anyone can give their mother,” say Scientologists active with The Truth About Drugs campaign.

LOS ANGELES, CALIFORNIA, UNITED STATES, May 7, 2021 /EINPresswire.com/ — With overdose deaths spiking across the country, some of the most tragic stories involve teens dying of fentanyl poisoning from counterfeit pills sold over social media. Churches of Scientology, active in drug education and prevention for more than 40 years, work with community partners to prevent these senseless tragedies by raising awareness about drugs and helping youth make the self-determined decision to live drug-free.

Over the past year, an alarming and deadly trend has surfaced.

There is no greater catastrophe for a mother than to discover her child unresponsive from an overdose and beyond help.

One such casualty, covered by a Placerville, California, TV station, was Zach, 17, a straight-A student, athlete and talented musician. He was all set to graduate with honors this June and head off to college. Over winter break, his father Chris found him slumped over his desk. Zach wasn’t breathing and CPR didn’t bring him around. Chris and Zach’s mom Laura later learned he died after taking a fentanyl-laced counterfeit Percocet tablet bought through social media.

Some 600 miles north, tragedy struck another family. “It used to be kids made mistakes and learned from them,” says Jennifer from Beaverton, Oregon, mother of Cal. “With fentanyl, you make a mistake, you die.” Cal’s dad describes his son as someone who liked to stand out—a great athlete with a love of theater, both on stage and behind the scenes. “Friendship was one of Cal’s superpowers,” says his dad. Cal came home from college for winter break on a Thursday. On Monday, he overdosed. “The best we can tell, he sought out some oxy from the street dealer on Snapchat,” says his father. “He thought he was taking Oxycontin and he ended up with fentanyl.”

How can drug prevention help? According to the United Nations Office on Drugs and Crime: “Prevention strategies based on scientific evidence working with families, schools, and communities can ensure that children and youth, especially the most marginalized and poor, grow and stay healthy and safe into adulthood and old age. For every dollar spent on prevention, at least ten can be saved in future health, social and crime costs.”

When young people are provided with the truth about drugs—factual information on what drugs are and what they do—usage rates drop commensurately.

The Foundation for a Drug-Free World’s Truth About Drugs program is based on the observation that no one, and especially not a young person, likes to be lectured about what he or she can or can’t do. Instead, the Truth About Drugs materials provide the facts that empower youth to decide for themselves not to take drugs. And that decision can mean the difference between their sharing Mother’s Day with their families for decades to come and senseless and irreversible loss.

In his research into the devastating impact of drugs on society, author, humanitarian and Scientology Founder L. Ron Hubbard concluded that “the single most destructive element present in our current culture is drugs.”

To combat this epidemic, the Church of Scientology sponsors the largest nongovernmental anti-drug information and prevention campaign on Earth. The Church of Scientology International Dissemination and Distribution Center prints and ships Truth About Drugs fact-filled high-impact educational materials free of charge to all who request them. To date, this has totaled some 143 million Truth About Drugs educational booklets in 25 languages. And Drug-Free Word’s award-winning public service announcements have reached more than 260 million viewers.

For more information, visit Foundation for a Drug-Free World at www.drugfreeworld.org or watch episodes of Voices for Humanity on the Scientology Network, featuring the work of drug prevention activists who use this program to save young lives.