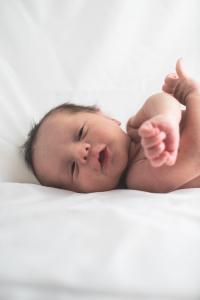 No new born baby should have to experience the living nightmare of opioid withdrawals.

CLEARWATER, FL, UNITED STATES, January 21, 2021 /EINPresswire.com/ — A recent study shows that in the US from 2010 to 2017, estimated rates of new born babies withdrawing from opioids, called neonatal abstinence syndrome (NAS), significantly increased nationally and in the majority of states.i The Foundation for a Drug-Free World (FDFW) Florida chapter is asking the community to get educated about this issue and the Truth About Drugs. FDFW provides free drug education materials to anyone who would like to educate themselves and others.

“Drug education is so important in reducing drug abuse,” said Ms. Julieta Santagostino, the President of FDFW Florida Chapter. “With drug education we can empower young people to make the right decision to live drug-free and save lives.”

“No new born baby should have to experience the living nightmare of opioid withdrawal,” said Ms. Santagostino. It can take up to 6 months for a new born baby to recover from withdrawal symptoms. ii

FDFW educational materials include 14 information booklets on the most commonly abused drugs including, “The Truth About Painkillers” and “The Truth About Heroin.” There is also a documentary “The Truth About Drugs – Real People Real Stories.” And free online courses utilizing the booklets and videos that any can do.

To order the materials, sign up for the online courses or get more information go to: www.drugfreeworld.org

About Foundation for a Drug-Free World:

The Foundation for a Drug-Free World is a nonprofit public benefit corporation that empowers youth and adults with factual information about drugs so they can make informed decisions and live drug-free. Through a worldwide network of volunteers, 50 million drug prevention booklets have been distributed and tens of thousands of drug awareness events have been held in some 180 countries. The Foundation’s “Truth About Drugs” public service announcements have been aired on more than 500 television stations. Supported by the Church of Scientology internationally, the materials and activities in 20 languages have helped people around the world learn about the destructive side effects of drugs and thereby make the decision for themselves to not use them.