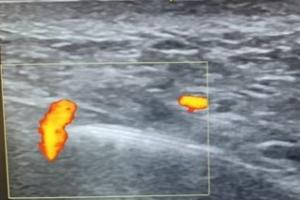 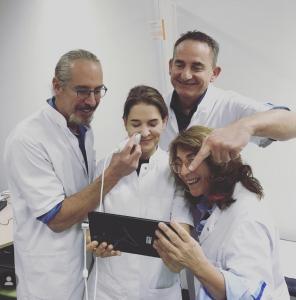 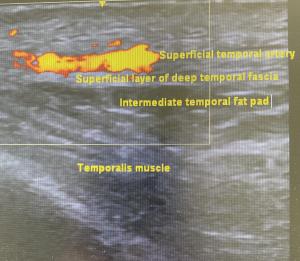 SANTA ROSA BEACH, FLORIDA, UNITED STATES, March 28, 2020 /EINPresswire.com/ — Dr. Steven F. Weiner, a Facial Plastic Surgeon in Santa Rosa Beach, Florida, becomes one of the first physicians to bring facial ultrasound into a cosmetic practice in the United States. While ultrasound has been used by most of the medical specialties to assist in anatomical visualization and assisted injections, the U.S. facial aesthetics industry has not adopted it's use…until now. The practice of using ultrasound for facial anatomy and fillers was introduced in 2010 by a group of physicians in Amsterdam, Dr. Leonie Schelke (Cosmetic Physician), Dr. Oscar Janssen (Radiologist), Dr. Peter Velthuis (Dermatologist), and Dr. Constantijn Pleiter (Radiologist). This group of physicians created the training program Cutaneous.org, the worldwide leader in ultrasound training for facial aesthetics. In 2019, Dr. Weiner attended their instructor course in Amsterdam.

"Using ultrasound in facial aesthetics will become the gold standard for safe filler injections" says Dr. Weiner. "While many providers are very proficient in facial anatomy, there are anatomic variations, particularly vascular anatomy, which can only be determined using ultrasound during a patient's office evaluation and treatment." One of the rare complications of filler injections is a vascular occlusion, an obstruction of an artery caused by injection of filler within the vessel. Ultrasound use in the physician's office is a painless, noninvasive procedure that can be used to evaluate the critical vascular structures such as the facial artery, superficial temporal artery, infraorbital artery, superior and inferior labial artery, supratrochlear and supraorbital arteries, angular artery and dorsal nasal artery. "Routine use of ultrasound for every filler injection is not necessary, but if there is any question by the provider of the vascularity in critical areas, ultrasound can be helpful."

In the rare case of vascular occlusion, ultrasound is able to determine the area of blockage and to visualize the "pocket of filler". If the offending filler injected is a hyaluronic acid (HA) filler, there is a reversal agent called hyaluronidase, which can be injected to dissolve the filler. "While hyaluronidase can be injected in the general vicinity of occlusion, using ultrasound guidance allows for more specific and directed injections and most likely, better outcomes" states Dr. Weiner. Another complications of fillers, such as delayed swelling, nodules, or granulomas, can also be visualized using facial ultrasound. These complications often will require therapeutic injections which can be guided using ultrasound.

Facial ultrasound can be used as an educational tool for both providers and patients, to highlight anatomy, and to visualize previously placed filler. Often patients are interested in seeing whether past filler is still present. Conversely, Dr. Weiner has had many cases of filler still present up to 10 years after injection, particularly around the eyes, of HA filler that typically lasts 1 year.

The future of facial ultrasound adoption in the U.S. will grow exponentially over the next couple years. Dr. Weiner is already planning training courses at conferences including the Los Angeles Multi-Specialty Cosmetic Association (LAMCA) and Aesthetic Next 2. Future trainings will be announced in the near future and private trainings can be arranged as well by calling his office: 850.622.1214.

Dr. Weiner positions his practice, The Aesthetic Clinique, as one of the most technologically advanced cosmetic centers in the United States. Dr. Weiner lectures and trains worldwide on advanced injection techniques and aesthetic technologies. The Aesthetic Clinique was awarded the Best Aesthetic Practice in the U.S. in 2018 at The Aesthetic Show. In 2019 and 2020, The Aesthetic Clinique was voted Best Medspa and Best Doctor from The Best in Destin awards. He is one of the world's authorities on Radiofrequency Microneedling and recently published the most comprehensive review of the technology and studies in the Facial Plastic Surgery Clinics of North America. He was recently highlighted on "The Doctors Show" for his trademarked "reJAWvenation" technique for jawline rejuvenation using dermal fillers. Dr. Weiner has over 26 years of experience in the aesthetic industry.