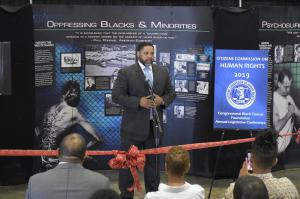 Dr. Green, Chairman of the Congressional Commission on the 400th Year of African American History 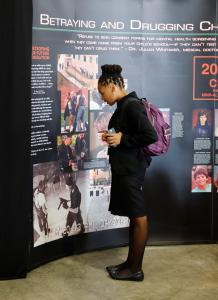 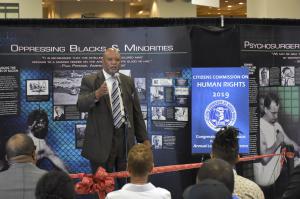 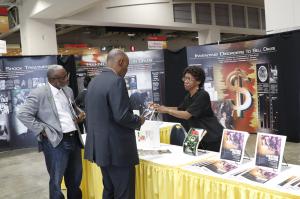 The use of psychiatry to target and marginalize African Americans, particularly children, has to stop.”
— Fred Shaw, Citizens Commission on Human Rights (CCHR) International

WASHINGTON, DC, USA, September 13, 2019 /EINPresswire.com/ — The chances of an African American male being diagnosed with a “serious mental disorder” in a mental hospital is substantially higher than that of a white male – according to recent studies. To talk about these studies and other issues related to “scientific” racism, the Citizens Commission on Human Rights is holding a special exhibit at the Congressional Black Caucus Annual Legislative Conference.

The exhibit shows years of racism and excusing discriminatory policies using mental health labels. In fact, studies show a 70% increase in African American children being labeled with Attention Deficit Hyperactivity Disorder (ADHD). African American boys are diagnosed at a higher rather than any other student group.

The exhibit also shows that minority children are over-represented in foster care and juvenile detention systems where they are at risk of being prescribed psychotropic drugs. As of 2016, there were 437,465 children in foster care and 23% of them were African American. A recent Health and Human Services report shows drugs were prescribed without treatment plans or follow-ups to many foster children.

Those touring the exhibit are given information about their rights in the mental health system and urged to talk about this issue in their communities.

Psychiatry: An Industry of Death exhibit is on display at the Congressional Black Caucus Foundation Annual Legislative Conference, where hundreds of people are touring it.

Director of Public Affairs for the Citizens Commission on Human Rights (CCHR) International, Fred Shaw was joined by patient’s rights advocate Linda Lagemann, PhD; Bishop Craig Worsham, Senior Pastor Agape Church in Los Angeles; and Dr. Joseph Green, Chairman of the Congressional Commission on the 400 Years of African American History in cutting the ribbon for the exhibit. Shaw commented, “The use of psychiatry to target and marginalize African Americans, particularly children, has to stop.”

Shaw began working to reform the mental health field over 25 years ago. With the American Psychiatric Association (APA) appealing to the US Food and Drug Administration to reclassify the electroshock machine to the same safety category as contact lenses, and with the high amount of drugging of Black America, Shaw was compelled to do something.

The work of Shaw, who is also the Vice President of the National Association for the Advancement of Colored People (NAACP) Inglewood/South Bay branch lead to two NAACP resolutions, one to ban ECT and another to oppose the mass psychotropic drugging of children. Both were unanimously passed by the NAACP national office and distributed to all 2,000 NAACP chapters in the US.

As a watchdog organization, CCHR produces millions of educational materials including booklets, white papers, brochures and documentaries in up to 17 languages covering all aspects of psychiatry’s harmful impact on society and the need for reform to protect patients civil and human rights and to require informed consent. In addition to its feature-length documentaries, CCHR also produces short educational videos featured on its YouTube channel. Working with doctors, whistleblowers, parents, consumers and other civil and human rights organizations, CCHR has been able to provide government officials with documentation necessary to expose abuses in the field of mental health and help achieve legislative reforms that protect consumer & patient rights.