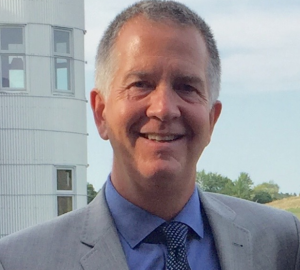 BOSTON, MA, UNITED STATES, June 19, 2019 /EINPresswire.com/ — Dennis Begos, M.D. has always had a strong drive for success and a passion for helping others. From a young age, he knew that he wanted to be a doctor, and with that determination, Dr. Begos graduated 4th in his medical school class. He then scaled the ladder of success at the prestigious Yale University, where he did his general surgery residency. Continuing to sew the threads of achievement, Dr. Begos was named Chief Resident in his final year at Yale.

After spending much time involved in research, publishing papers and book chapters, Dr. Begos went on to do a fellowship in colon and rectal surgery at the Cleveland Clinic. It was here that Dr. Begos trained with some of the world’s foremost experts in the field.

As he began his career as a surgeon, he was known as the “go to guy” by his peers, held numerous hospital training and leadership roles, and did a little something extra special for the Boston, Massachusetts area. Dr. Dennis Begos was instrumental in bringing the cutting-edge laparoscopic colon cancer procedure into the Boston area. He was the first to perform it in possibly all of Massachusetts, and now it’s the gold standard for minimally invasive colon cancer surgery.

Colorectal surgeons diagnose and treat benign and malignant disorders of the gastrointestinal tract. Some of these are polyps, colorectal cancer, inflammatory bowel disease (IBS), to name a few. Colon cancer is the third most common type of cancer in the United States. It affects nearly 50,000 Americans each year. If caught early on, it can easily be treated. Polyps can become cancerous fairly quickly, although there is typically little to no signs or symptoms. It’s critical to have colonoscopies on an annual basis after the age of 50. However, younger people are more commonly being diagnosed with colon cancer as it, unfortunately, seems to be on the escalating.

A colonoscopy is a straightforward procedure and one that can save your life. When polyps are discovered, they can be removed surgically during a colonoscopy or sigmoidoscopy. If cancerous, chemotherapy, or radiation is usually unnecessary as a secondary treatment if caught early on. It’s always best to be proactive in your colon health, rather than waiting and finding that the cancerous polyps have grown and spread into other organs. Dr. Begos has seen many cases of colon cancer that could have been prevented if patients had received a screening.