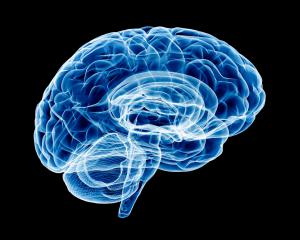 The brain is devastated by Alzheimer’s disease

The actions of these prestigious funders show that investigation of germs in Alzheimer's can no longer be ignored.”
— Leslie Norins, MD, PhD

“This new funding from these two authorities will help alleviate a severe shortage of research grants to follow up many promising leads that viruses, bacteria and other pathogens are involved in AD,” says Dr. Norins. He urges scientists with microbiological talents to apply.

Strangely, he says, several AD advocacy groups appear to still be ignoring microbes, and continue to channel their research grant monies almost exclusively to the traditional topics of amyloid plaques and tau tangles. Dr. Norins attributes this to a lack of infectious diseases experts on their policy and grant review committees.

Dr. Norins also points to a recent article in ALZFORUM, which reported that an anti-viral medication administered to fight hepatitis C might also reduce the later development of Parkinson’s disease. It said, “[This] supports emerging evidence that infections contribute to neurodegeneration.” Dr. Norins reminds, “AD, like Parkinson’s, is a leading neurodegenerative disease.”

Alzheimer’s Germ Quest is a public benefit corporation, headquartered in Naples. Florida. It is self-funded, and neither solicits nor accepts outside donations. Its mission is to accelerate and deepen research into the possibility that a microbiological agent triggers AD. It is the sponsor of the $1 million Challenge Award for the scientist who proves an infectious organism is the cause of AD. Recently, it launched a $100,000 hunt for the world’s first provable case of spontaneous cure of AD.