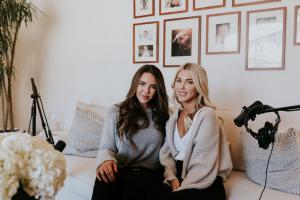 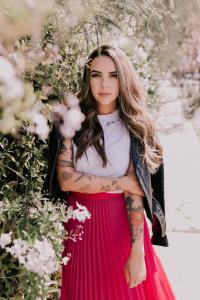 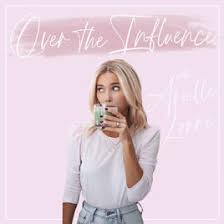 MALIBU, CALIFORNIA, USA, June 10, 2019 /EINPresswire.com/ — It wasn’t her real house, Alexis Haines explains to influencer Arielle Lorre, wife of legendary Hollywood producer Chuck Lorre, in a recent podcast interview. In actuality Haines, the celebrity star of “Pretty Wild” and “Bling Ring” was an addict, living in Best Westerns with nothing to show for it. “Reality TV isn’t really reality,” Haines explains as she gets deep into her heroin addiction and the jail time that turned things around. The interview airs on “Over the Influence with Arielle Lorre,” a new podcast that takes on wellness, health, recovery and lifestyle with a fresh and unassuming style.

Lorre came up with the name “Over the Influence” in a conversation with her husband, Chuck Lorre, possibly known best for his production "The Big Bang Theory." “We were talking about how I’m never under the influence any more,” Arielle Lorre explained. “So why not be over the influence?”

In the new episode "From Shooting Drugs and TV to Recovering from Reality" Haines shares disturbing moments from a Hollywood childhood that included sexual and physical abuse. Lorre’s interview style is “go with the flow” and this allows Haines to open up about her climb to stardom on Reality TV then going to jail and getting clean.

In one of the more poignant moments she says to Lorre “I discovered we are all a part of source and you can tap into that goodness whenever you want.” But that blissful “connectivity” and awareness didn’t happen when she was addicted to heroin.

Arielle Lorre recovered from addiction herself. She understands what it takes to change. Lorre relates well to her guests who are all social media influencers in their own rights. Plus, most of the guests on “Over the Influence” have overcome great odds to come to new strategies for healing, wellness and living a clean lifestyle.

“I remember getting a DUI when I was 19,” Lorre admits. “But that wasn’t enough to get me to sober up – yet.” Now sober and happily married, Lorre enjoys sharing secrets to wellness with her audience. Her story also includes healing from an instestinal and gut disorder, that played a large role in her wellness journey. Look for powerful interviews with intriguing guests on “Over the Influence with Arielle Lorre” in the months to come.

About the current episodes with Alexis Haines (part 2 will air June 12 2019) she says “I really admire Alexis Haines for going clean at age 19. It could not have been easy.” The two women have an uncanny rapport that emerges on the podcast interviews. “We both went through a lot and we have new coping skills in sobriety,” says Lorre of the road to recovery.

Listen to “Over the Influence with Arielle Lorre” for unexpected podcast interviews on a spectrum of topics that delve into new territories. Lorre is an Instagram influencer with over 225,000 followers, and many of her guests can be seen on Instagram with compelling stories and followers as well.

About the Podcast “Over the Influence with Arielle Lorre”

Airing Wednesdays on Apple Podcasts, Google Play and podcast directories everywhere, Over the Influence with Arielle Lorre brings you fun and informative conversations with interesting guests in the world of wellness and beyond.